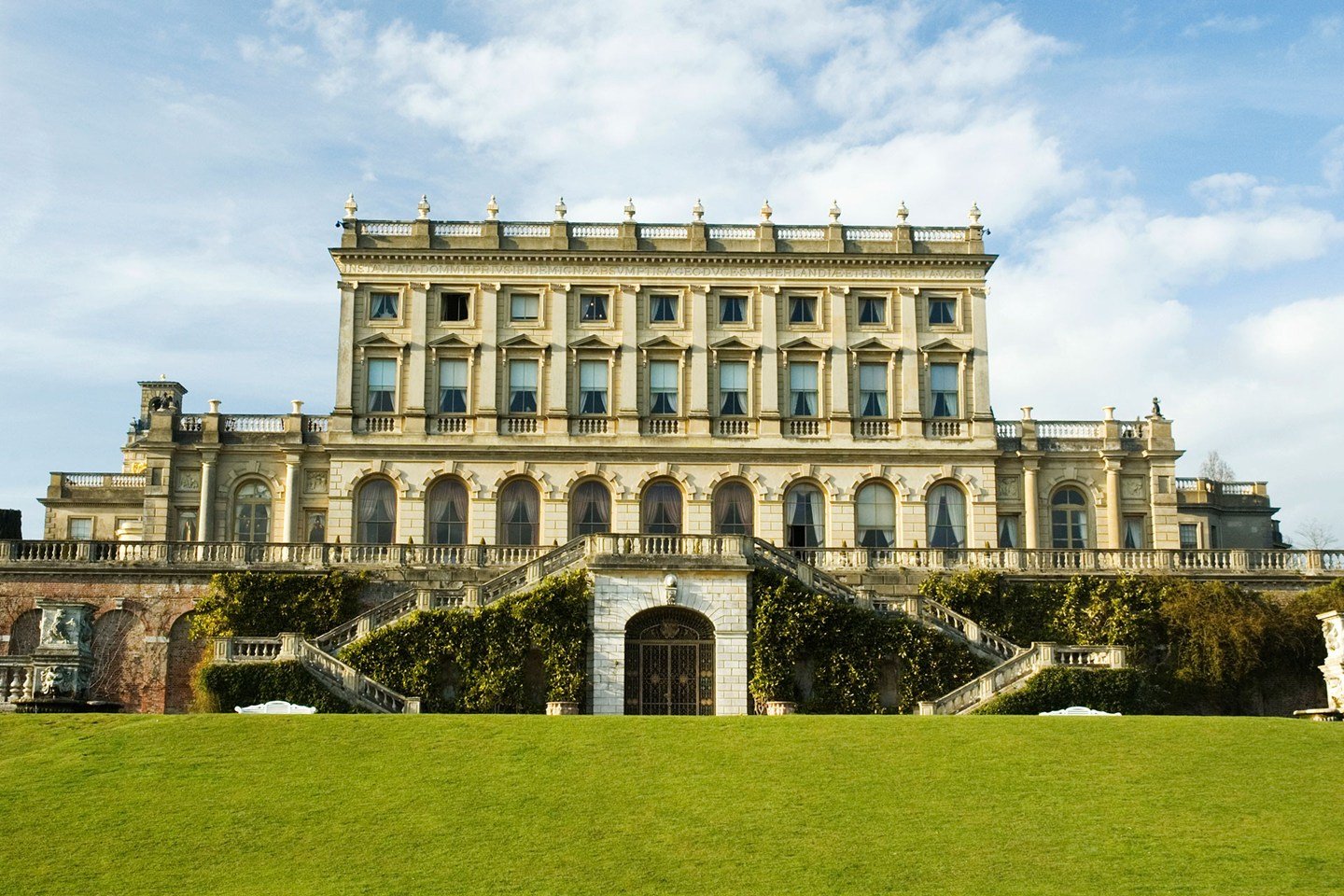 At the age of nine, I was obsessed with books about Victorian orphans. My daydreams were of malevolent governesses and rambling houses with mazes and orangeries. I wanted to eat possets, although I didn’t know what one was. My mother had a friend who lived in the house of my dreams in Buckinghamshire and because my mum was in the middle of a divorce, I was often dispatched down its long gravel driveway to stay.

Due to my penchant for the Gothic, I was absolutely certain of two things: (1) there was a dark truth lurking in the attic, and a child ghost who was no doubt trying to communicate it to me; and (2) because there was a dining room, we were meant to eat there, nightly, in full evening dress.

‘At Rowena’s, we ALWAYS dress for dinner. And there’s cheese,’ I announced on homecoming when faced, in my pyjamas, with a microwaved ready meal. In retrospect, I realise my long-suffering hostesses probably longed for the night when I’d piss off home so they could go back to eating toast in the kitchen in their tracksuits.

And so it was that I was always a sucker for grandeur (and delusions of it) and then, as a grown-up, how I fell in love with Cliveden.

The story of Cliveden House is a very English one, a tale of indomitable women, victims of circumstance, and at the beating heart of it, a building and garden of great Italianate loveliness, perched upon a bank of rolling green and overlooking the misty Thames. The original house was built in 1666 by the Duke of Buckingham, and has burnt down twice since then. 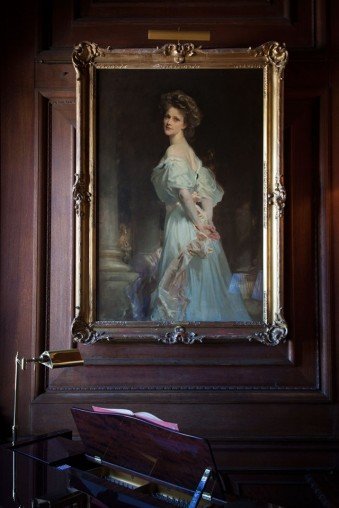 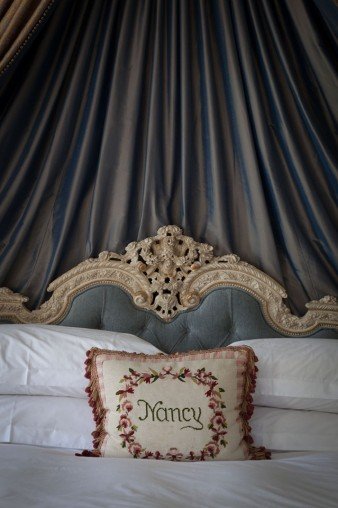 But it was the American-born Nancy Langhorne who became Cliveden’s best-known châtelaine in 1906 when she married Waldorf, the second Viscount Astor, whose father had bought the property in 1893.

Langhorne was a steely Christian Scientist, the first woman to take a seat in the House of Commons in 1919, and with her talent for riding and sage one-liners (‘The only thing I like about rich people is their money’), one who planted herself firmly in British soil and kept growing. She filled once dour Cliveden with the sparky and erudite (Churchill, Chaplin, Roosevelt and Henry James among them), modernised it, and made it so comfortable a posh English girl would have shrieked at the excess.

Lord Astor gave Cliveden to the National Trust in 1942, although Astor descendants continued to live there until 1969 when the lease was taken over by Stanford University. And it was when Langhorne’s son Bill was living there in 1961 that John Profumo, the Secretary of State for War, stumbled upon a topless teenage showgirl, Christine Keeler, by the swimming pool in the walled garden. Their affair was to topple the British political establishment. Keeler was a guest of Bill Astor’s osteopath, Stephen Ward, who leased Spring Cottage on the estate for a grace-and-favour rent.

It’s difficult not to think about all this history as you drive through verdant parkland towards Cliveden House, now owned by the Livingstone brothers, who also own the hotel Chewton Glen. The air here is heady with an odd mixture of historic lust and something very clean and U-rated. Maybe it’s the families on a day trip having picnics on the parterre lawn while the shades are down in the Lady Astor Suite. Its British eccentricity is part of the estate’s substantial charm, as the wayward child of a hotel group’s arranged marriage with the National Trust. There is high opulence but also games of hide-and-seek. The gardens, of a summer day, can be packed with visitors. But there are also stolen moments to walk on shaded paths alone, imagining who went before.

My home is not far from Cliveden, and I have seen it through a few incarnations. I’ve been both National Trust picnicker, and guest. My children learnt to swim in the pool. I stayed in the main house when the current renovations were at their painstaking beginning, and I wondered how it would all fare, in a clucky sort of way. I have never felt so invested in a building in which I have no investment, and I think that is the power of Cliveden. I wrote to the manager, the excellent Sue Williams, to tell her how I hoped it would retain its heart. Apart from its obvious beauty, one of the biggest assets of Cliveden is the people who work here. They are clearly proud to be part of bringing the house to a new generation.

I had never stayed at Spring Cottage until recently. It’s a peach of a place, ripe for clandestine weekends or taming ducks on the riverbank with children. Stephen Ward was its most undeserving resident, and I like to think that an earlier guest, Queen Victoria, who used to stop here along the river from Windsor to have tea with her friend and former Cliveden owner, the Duchess of Sutherland, would have had sympathy for Keeler’s lot. I did, as I imagined her, watching the river go by.

Although there is big comfort at Spring Cottage, there is also a wonderful lack of preciousness, and for the time you call it yours, it feels truly like home. While the kitchen shelves burst with thoughtful things (in our case hot-cross buns, macaroons, chocolate buttons and marshmallows), you can happily get on with it, cook your own food, and call on people as, when and if you need help. It’s about old-fashioned holidays, Swallows and Amazons-style: forts in the garden and messing around on boats.

The massive and sensitive refurbishment over the last two years has driven away the ghosts at Cliveden (although maybe not in the Canning Suite). The Lady Astor Suite has the most breathtaking view, and the smaller rooms are gorgeous too, the Chinese Room, I think, the best of them. The downstairs part of the main building is a triumph; the restaurant and bar are Golden Age glories. André Garrett has brought delicious, unpretentious food with him from Galvin at Windows, and the restaurant feels airier for it. The suet is gone.

If I had my way, Spring Cottage would be on the chintzier side, with reclamation stone furniture outside rather than beanbags, but I’ve already confessed to my grander leanings, among them fantasy-decorating bits of stately homes, and it is undeniably comfortable. The main house is like a box of Turkish delight, winding cellars, and rooms each with their own personality. The gardens are enchanting. The spa at Cliveden is next for the nip and tuck, and as a bit of an old faithful of the pool, I hope it retains some of the past while looking towards the future. That’s my wish for all of it, really.

There is something of the survivor about Cliveden, something proud and gorgeous contained in that stone: GinFizz and Chaplin, Queen Victoria and, of course, those showgirls. If it can exist like a house party, not turn too many corporate tricks and tread that fine line of belonging to everybody and nobody, it will carry on regardless. A bit like an old beauty at a party whose stories you want to hear, and whose hand you want to hold.

To delve further into the intriguing history of Cliveden House, ‘The Mistresses of Cliveden: Three Centuries of Scandal, Power and Intrigue in an English Stately Home‘ by Natalie Livingstone is published on 2 July 2015 by Hutchinson and costs £19.99